The Starbucks Corporation has begun selling the book by its founder, Howard Schultz, with a small syringe filled with pure caffeine that the reader can readily inject into their veins. Initially, the short non-fiction novel was sold by itself, but only 7 copies were sold throughout the more than 15,000 shops. “When I come to Starbucks, or ingest anything associated with the store, I want to get some kind of fix…that’s just something I come to expect every time I set foot inside a Starbucks,” says a random customer. 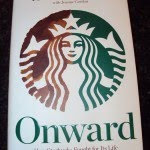 Schultz, who was disappointed at first with the weak sales of the book, intentionally spilled a scalding Americano coffee on a new employee, and was said to have instantly felt better about himself. Sales of the book have picked up in recent weeks.
Posted by Blake Henderson at 1:38 PM

Blake Henderson
My name is Blake. I´m the tall one.